wrapping up at Arts and Acts...visiting LIFT

Today was the last day of the Arts & Acts Festival in downtown Northville.  William could only be at the table to draw/color/paint from 11-1 but he set up a grid of frames for people to draw self-portraits, pets, anything they wanted to.  You can see all of the photos at my Facebook album here...but these are a few of my favorites: 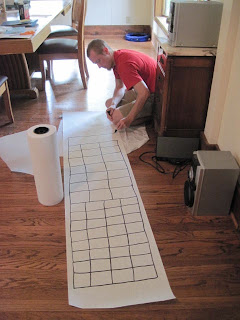 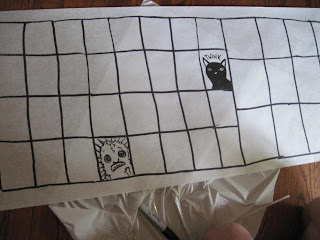 He wanted to give people an idea of the sorts of things to draw...he made a monster and a portrait of Twink. 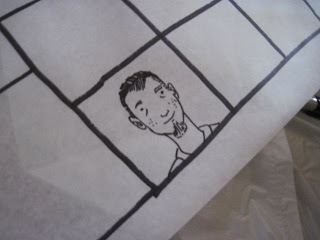 William also made a self-portrait. 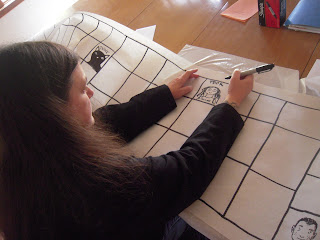 Then he made me add something.

These are a few of my favorite photos that William shot at the table. 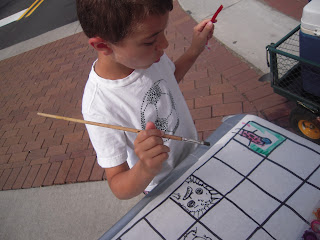 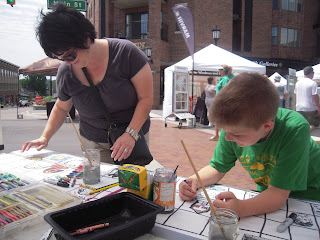 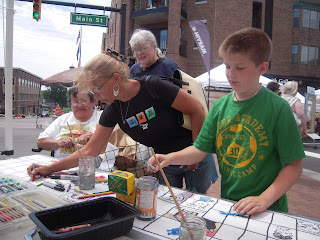 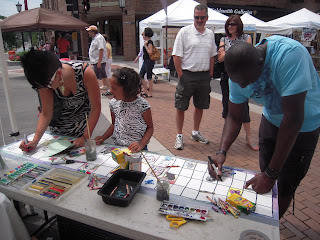 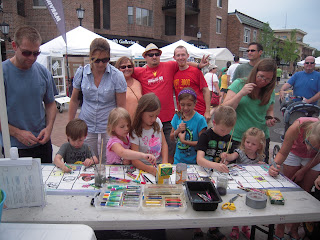 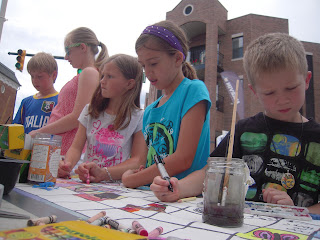 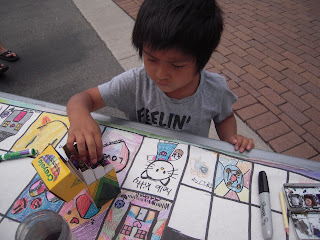 I went to pick up William from the festival.  He left the art supplies and paper on the table...it will be great to see how much more was filled in by the end of the day.

Then William and I went and picked up Juana and we went to LIFT in Royal Oak to show him my Art-o-mat machine over there and to just show him what an incredibly great store LIFT is.  William got to talk with Kent.  Then it was goofy picture time. 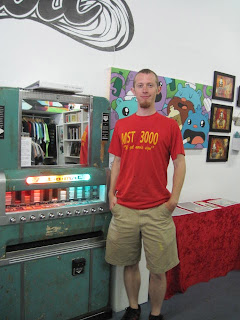 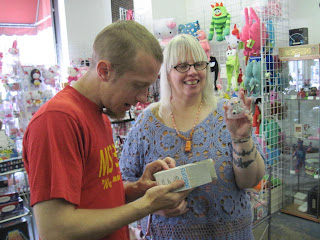 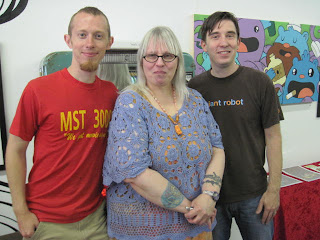 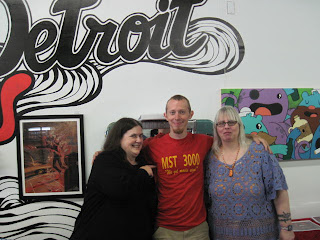 After LIFT, we were starving and I wanted calamari so we headed down to Cass Cafe in Detroit...but alas, they don't open until 5 on Sunday.  We headed back towards Royal Oak and chose to eat at Pronto! -- what a super idea!  The food was amazing. 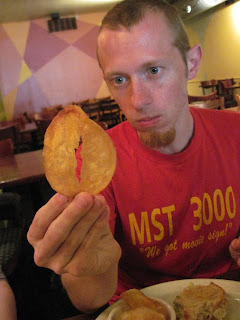 William got a homemade chip that looked too much like the eye of Sauron -- he was mesmerized.

One chip to rule them all. 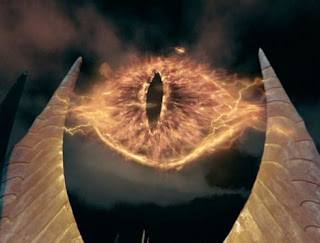 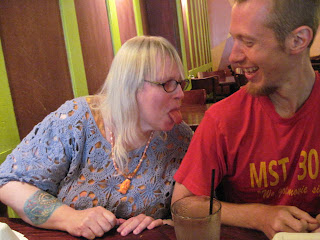 For dessert Juana got red velvet cake which turned her tongue very red...I was laughing because from where I was sitting it looked like the same color as William's shirt.

We were all feeling so giggly and goofy I asked Juana to look like she had licked William's shirt to get her tongue that color and -- much to my amusement -- she giddily complied!

Tonight William is working on his web comic King of the Pill and also on all of the various posts he needs to catch up on.

GOOD DAY!  Hopefully we will get together again when William comes back this way later in the year.  Maybe we can put together an Arto-session!
Posted by Took at 9:19 PM

I make the blog posts for myself -- sometimes as a means to remember how I am doing something -- but mostly just as a way to keep myself motivated and moving forward...no matter how small or silly the outcome. I try to check in every day -- midnight is my self-imposed deadline for daily posting to the blog.